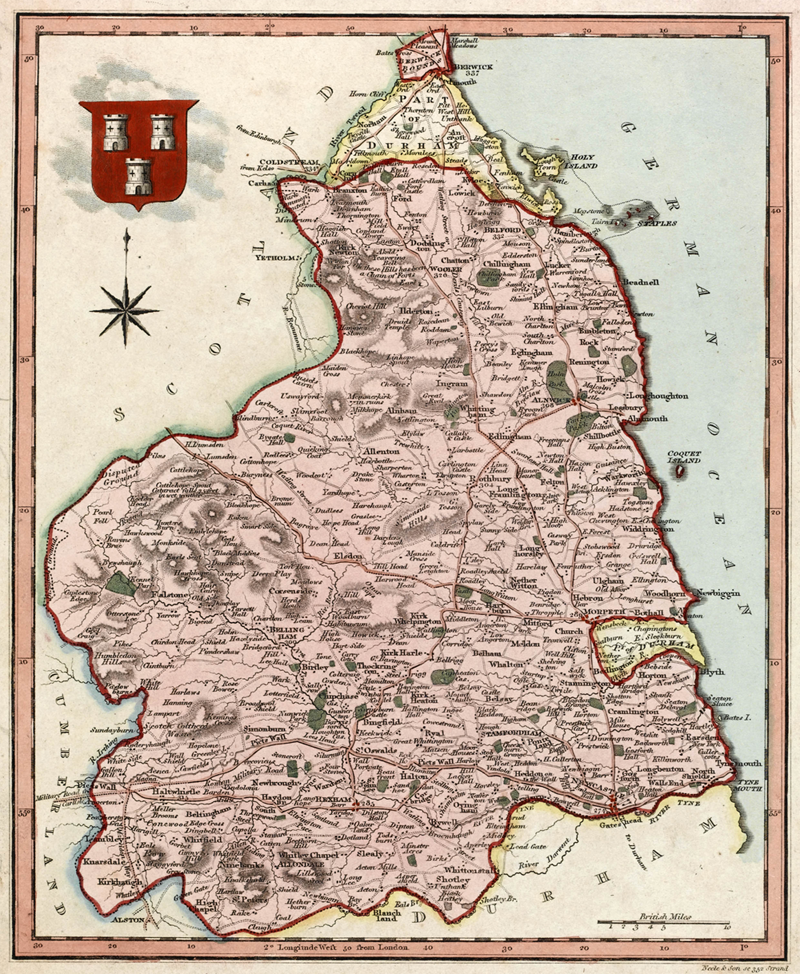 An engraving (a print made from cutting into wood and printing the impression onto paper) of a map of Northumberland from 1819.

Northumberland is a county in the North East of England. A county is how a country is divided up into different areas and there are many counties within England. Other counties surround Northumberland, with Cumbria to the West, County Durham and Tyne and Wear to the South and Scotland to the North.

What was the map part of?

The map was part the Encyclopaedia Londinensis. This is a world dictionary containing illustrations and text written in English. It is arranged alphabetically and contains many different subjects, including the arts, sciences, mathematics and literature. This book is very similar to an Encyclopaedia you would use today.

Why do we keep maps?

There are over 150 maps in Special Collections. We keep maps to document the changes made to an area throughout history. They can be used to compare past and present place names, changes to a country’s borders , the expansion of towns, as well as seeing places that existed in the past that no longer exist today.

How is this 1819 map different from a map of Northumberland today?

Help Steve the student graduate from University by correctly answering these multiple choice questions about the map.

Interested in having a look at some other maps? Why not have a look at these:

Find out more information on Hadrian’s Wall which runs through Northumberland, here. 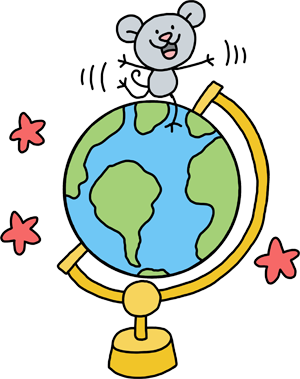 Are you interested in looking at a very unusual sort of Â map? If you are, you may also like to look at Malby’s Celestial Atlas held in Newcastle University’s Special Collections.

Northumberland is Englands most northern county. It borders Scotland to the north. Scotland is part of the United Kingdom, which also includes Wales and Northern Ireland.