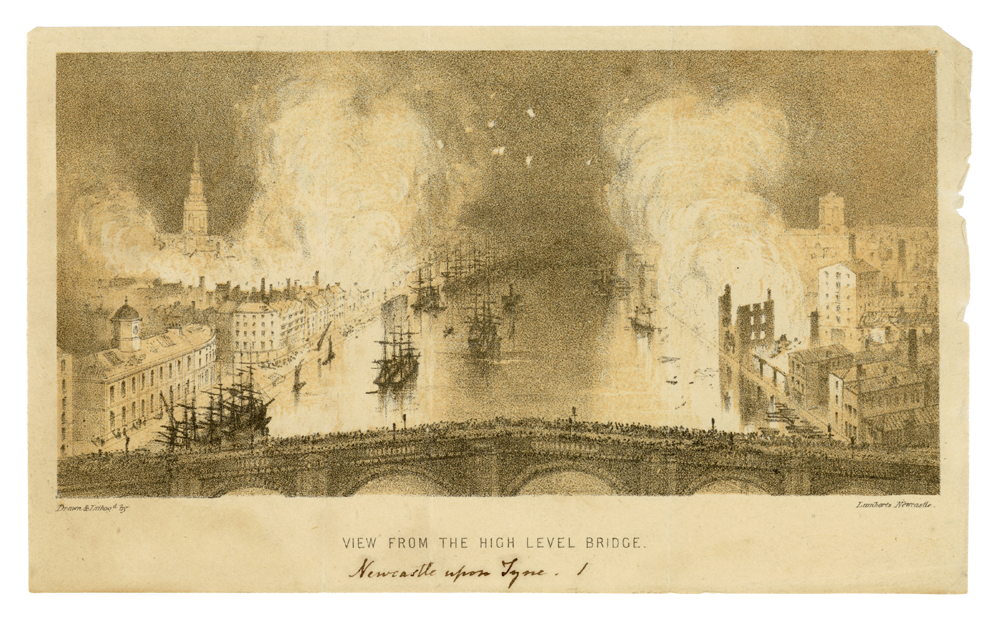 What does the image show?

The image shows a view from the High Level Bridge in Newcastle upon Tyne, of the Tyne River with both banks and buildings on the Newcastle and Gateshead on fire.

What does the book include?

The book describes what happened, along with a plan of the original part of the town that was destroyed and an image of the view of the fire from Newcastle’s High Level Bridge.

What was the Great Fire of Newcastle and Gateshead? 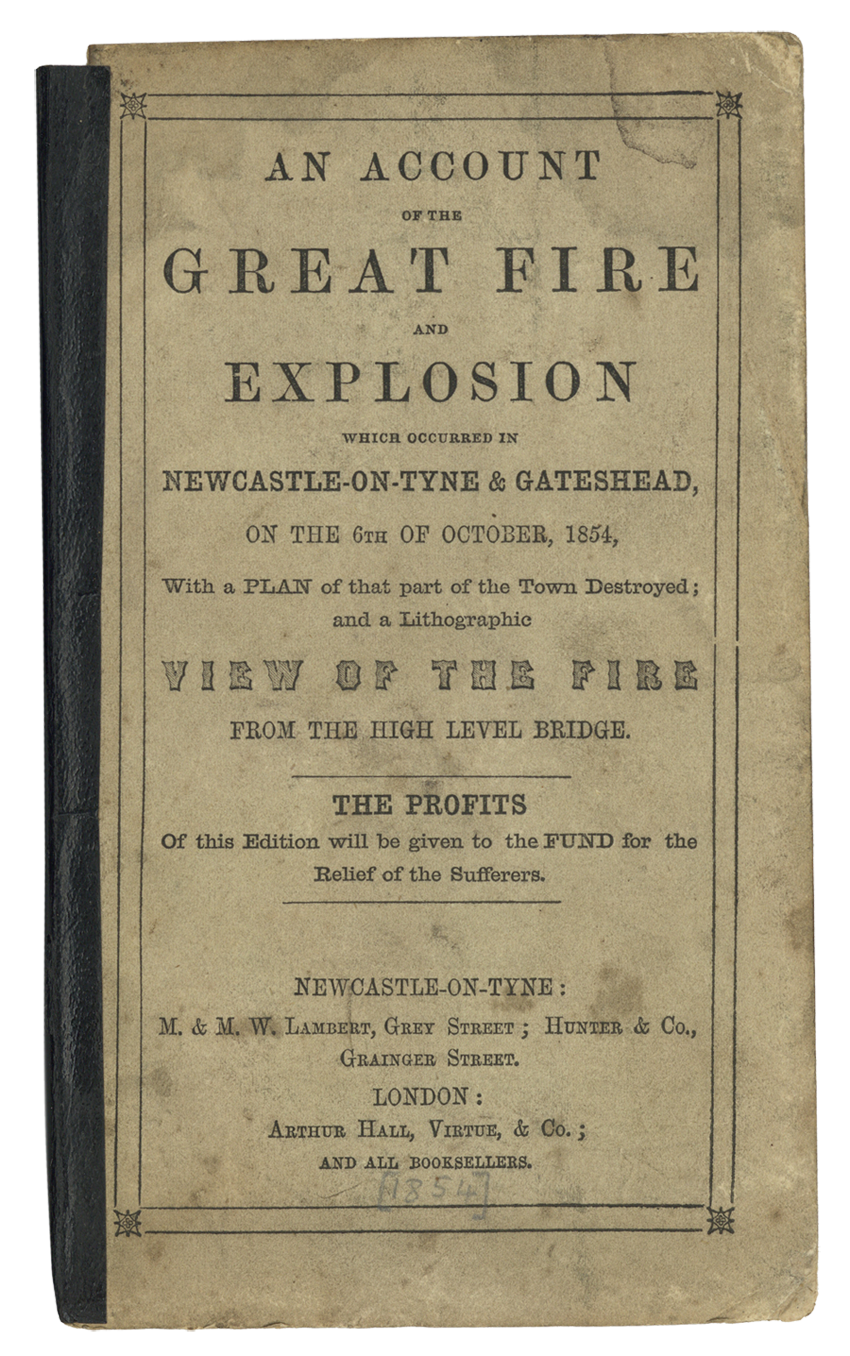 On the 6th October, a worsted manufactory (a factory that makes yarn) that was full of wool and oil caught fire in Hillgate, Gateshead. Near to this factory was a large warehouse full of chemicals, that when caught fire would be extremely dangerous (chemicals such as sulphur, nitrate soda and brimstone) and could easily explode. The heat from the factory caused the sulphur to ignite and produce a huge burning flame and a huge explosion occurred. Firemen and soldiers battled with the blaze and by this time, many spectators in both Newcastle and Gateshead came out to watch the blaze. However, a giant explosion erupted which sent fragments of stones, sulphur and brimstone flying across the river to the Newcastle side. This side was heavily populated with people as well as lots of small alleys and these fragments hit lots of people and set buildings alight. The flames took spread to people’s a vinegar works, timber yard, flour mill, pubs and people’s homes. It got so bad that Newcastle issued a plea for help from Sunderland, Hexham, Durham, Morpeth and Berwick to help battle the flames.

Today, the Gateshead and Newcastle Quayside has been regenerated? but many of the original buildings were destroyed and no longer exist. The building in the image below was the only building that was left after the Great Fire.

When was this item produced?

Why was this book produced?

It says on the front of the book that the profits of this edition (a version of a printed book) will be given to the fund for the relief of the sufferers.

The sound and movement from the explosion was heard as far away as North Shields. Many people thought that the shock was an earthquake.