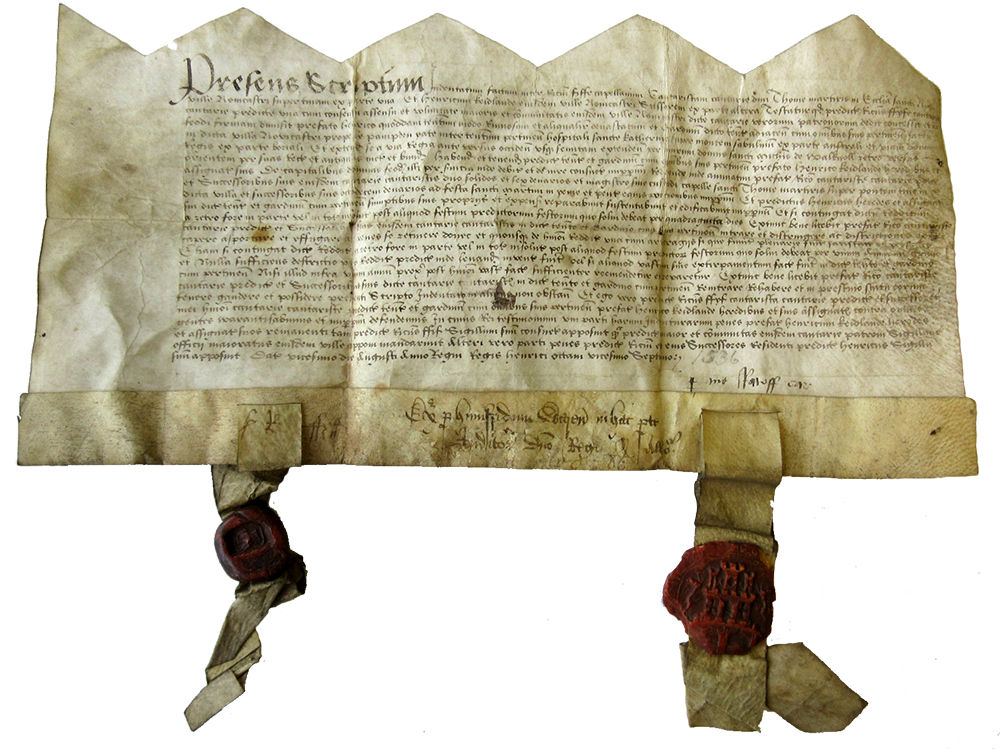 This is an agreement between Henry Keidlande and Richard Fisse, allowing Keidlande to lease (receive) some land from Fisse in return for rent. The agreement states that Keidlande, and his successors (those who come after him), must pay 2s6d (2 shillings and 6 pence, which would be around £40 in todays money) each year to Richard Fisse.

The document contains two wax seals, which were made by heating up wax and then pressing a seal into it to make an impression. Wax seals were used to seal documents and to prove who the document had been viewed by.

The agreement was made by Henry Keidlande, who was a tailor, and Richard Fisse, a chaplain. The document has been approved and sealed by the mayor of Newcastle.

When was it created?

The document was created in 1536, during the reign of King Henry VIII (8th).

Why is it important?

This document is important because of its age (it’s almost 500 years old!). It also has a wax seal, making it an official document, so it is able to show us what legal proceedings were like during the reign of the Tudors.

Help Steve the student graduate from University by correctly answering these multiple choice questions about the document. 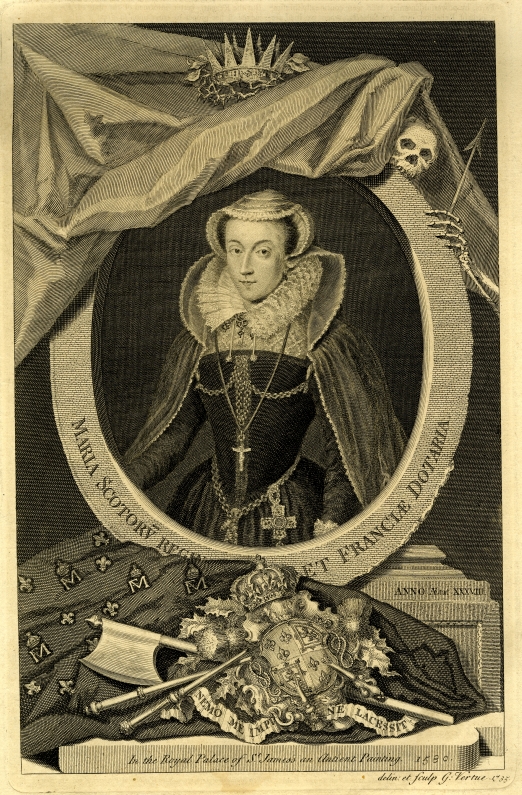 Are you interested in Kings and Queens? Find out about other monarchs below (a monarch is another name for a King, Queen, Empress or Emperor):

Henry VIII (8th) was king of England from 1509 to 1547. One of the main reasons Henry VIII is such a famous king is because he had six wives.