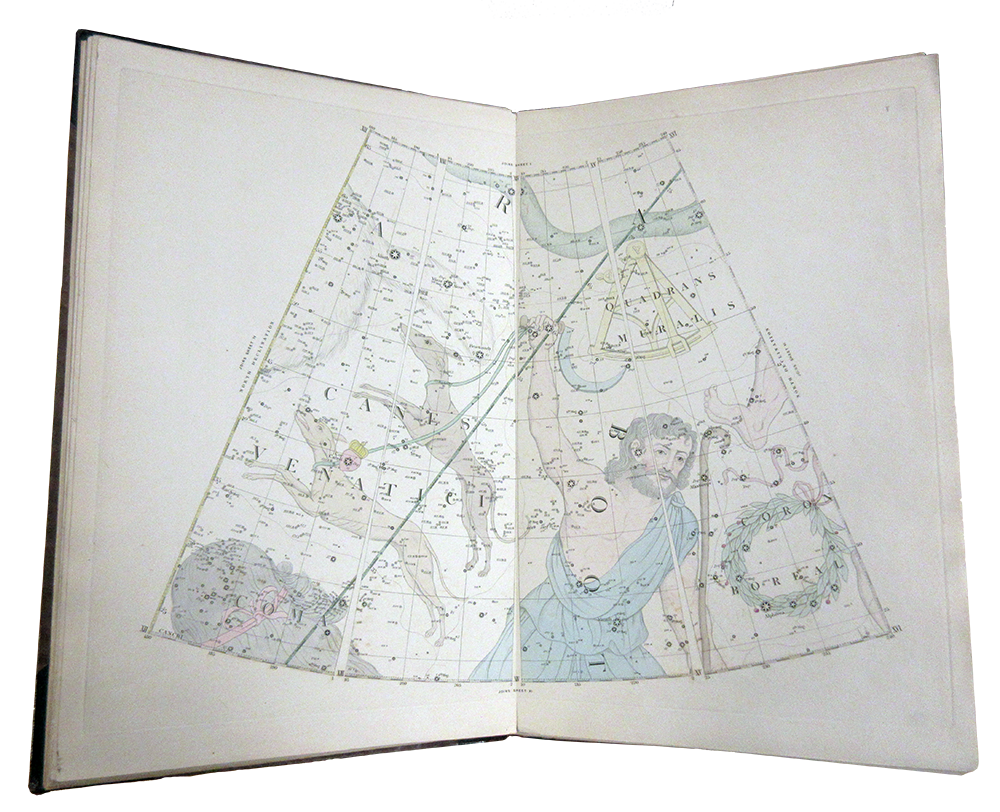 What does it contain?

It contains a set of 21 highly decorated double-page colour illustrations that show the stars and constellations (a group of stars that form a recognisable pattern) in the sky. These stars and constellations were originally described by the Ancient Greeks, as mythological figures (figures existing in the imagination) or signs of the zodiac (the sky is split up into twelve sections or constellations, each with a special name and symbol). However, the Latin forms of their names have traditionally been used. An example of a page (seen above) from the Celestial Globe-Atlas shows some hunting dogs being held on a leash by a herdsman as they chase the great bear, whose tail can be seen disappearing off to the left of the picture.

How was it used?

The atlas could be used in two different ways; either in its original format as a book or the sheets could be cut out and joined together according to the instructions provided to create a three-dimensional globe.

It was published by the makers Malby & Co. who were known for producing maps and globes of varying types and sizes. That is where it gets the name ‘Malby’s Telescopic Companion’ from.

When was this book published?

It was published in 1843 and is apparently very rare. Only the British Library in London, has a copy of the 1845 edition (an edition is a book that has been edited and reprinted at a later date). These two editions appear to be the first and no other copies have been recorded anywhere else. 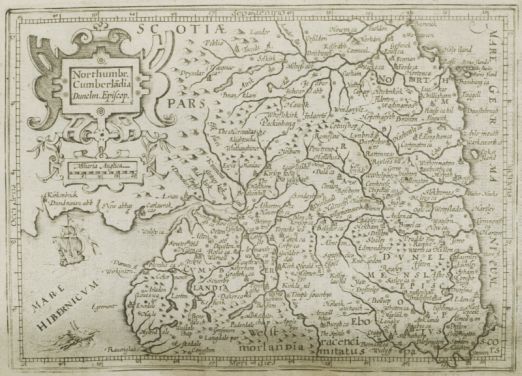 Are you interested in having a look at some other maps and atlases that are within Special Collections and Archives? Click on the below to find out more: 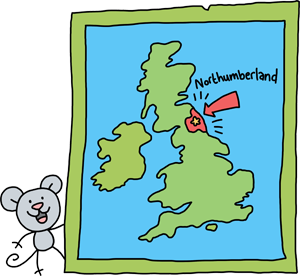 Interested in looking at another type of map held in Newcastle University’s Special Collections? If you are, you may also like to find out more about this 19th Century Map of Northumberland.

Older constellation names (the names of stars) come from Greek mythology. Constellations created more recently are mostly named after scientific instruments and exotic animals, such as the Chamaeleon constellation, which was named after a lizard.